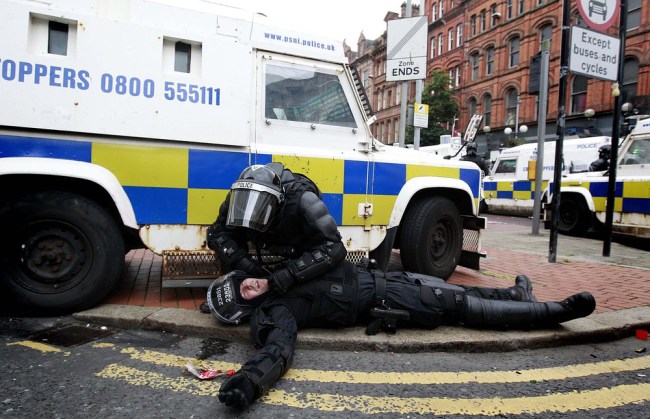 Following clashes between police and protesters in Northern Ireland recently, 56 police officers have been injured.  Belfast was set ablaze by loyalists who were seeking to organize a counter protest to a nationalist march.   5 of the officers actually required medical treatment while 26 were said to have sustained minor injuries.

Chief Constable Matt Baggott has labeled the heated conflict as “mindless anarchy” and vows to quash these outbursts as swiftly as possible, even stating that “Significant custodial sentences will be handed down in the weeks and months that follow…the prisons will be bulging, sadly.”  So far, only seven arrests have been made following the event.

According to sources on the ground as well as the police, the violent acts seemed to be directed mainly toward the officers themselves.  According to Assistant Chief Constable George Hamilton, who was present and in charge of quelling the riot, around 1,200 individuals had gathered, many of which clearly indicated that they had “violent intent”.

Constable Matt Baggott went on to state that “I know the majority of the population will stand with me in condemning those who scarred the reputation of our beautiful city last night. Those people had no intention of peaceful protest. They lack self respect and they lack dignity.”

Baggott also added, “The only voices we should hear now are those unequivocally condemning the violence and supporting fully the actions of the police and the rule of law and I don’t want to hear any excuses for the disgraceful scenes that took place last night, because quite frankly there aren’t any.”

Although a peaceful protest had been registered with the Northern Ireland Parades Commission, it is fairly clear, according to reports, that many had other intentions.  The crux of the chaos broke out in the Belfast shopping district, where they attempted to block the path of the nationalist march.    According to the Assistant Chief Constable, officers were attacked with pieces of scaffolding, bricks, bottles, smoke bombs and even slabs pulled directly from the street itself.

With more parades scheduled to take place all across the country, authorities are gearing up to deal with any additional outbreaks should they arise. 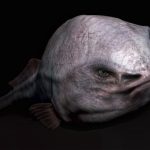