When you think of the most obese or overweight countries, Mexico isn’t necessarily the first nation that comes to mind.  Most obviously, when people around the world think about the fattest country on Earth, the United States usually takes the cake (no pun intended).  Well, to make a long story short, it would seem that the US has been usurped by none other than their friends south of the border; yes, Mexico is officially the most obese nation on Earth according to a UN report.

So, what’s the cause, you might be wondering?  About 1/3 of Mexicans have become increasingly inactive and have moved toward diets consisting of much larger quantities of processed foods.  Naturally, this means that more and more Mexicans are ingesting more fat, sugar and salt than ever before, which is due in part to the availability of affordable foodstuffs containing these ingredients.  In short, this means that around 33% of Mexicans are not only packing on more pounds, they’re also becoming more malnourished as well.  This is an especially worrying problem for the nation’s children, who are most vulnerable to the long-lasting effects of a poor diet and more likely to adopt poor eating habits throughout their lives.

In terms of long-term ramifications associated with this trend, we’re likely to see a rise in certain diseases and harmful conditions within that country.  Specifically, diabetes, cancer, cardiovascular problems in addition to other degenerative conditions is likely to see increases throughout the general population as well.  If you’re a Mexican, perhaps the easiest way to protect yourself is to change your dieting habits (eating more fresh fruits and vegetables) and making sure to engage in around an hour’s worth of exercise per day. 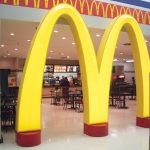 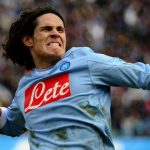