As part of an effort to more fully explore neuroscience-related research, scientists at Institute of Molecular Biotechnology of the Austrian Academy of Sciences have begun to grow miniature brains.  Their efforts are aimed at trying to fight (and hopefully cure) certain rare diseases or ailments with this very specific research.  These tiny human brains are developed to the level which one might consider on par with that of a 9 week-old fetus, and thusly, are incapable of achieving sentience in any way shape or form.

It is thought that by studying these miniscule brains scientists can uncover not only how the human brain actually begins to form and develop, but also shed light on certain factors which they might have otherwise not been aware of or misunderstood.  Simply put, this area of research seems to be well worth the effort as it is a known fact that the human brain is certain one of the most complex and baffling things to suddenly emerge from nature.

Specifically, the team tasked with this research has been creating miniature brains from the skin cells of a patient with microcephaly (which is a neurodevelopmental disorder).  Individuals who suffer from this condition tend to develop smaller brains, and the root cause of this is still largely unknown.    According to their findings, certain cells tended to try and develop specialization traits too early which resulted fewer total numbers of cells (typically cells would continue to divide and reproduce prior to specialization taking place, meaning that the total mass of the brain would be greater).

Imperial College of London Professor Paul Matthews had this to say in response to the team’s findings and experiment, “I think it’s just mind-boggling. The idea that we can take a cell from a skin and turn it into, even though it’s only the size of a pea, is starting to look like a brain and starting to show some of the behaviors of a tiny brain, I think is just extraordinary.”  He’s got a point; this new approach to treating specific developmental disorders could be applied not only to neurological conditions, but perhaps to other ailments and diseases occurring across the body as well.

So far, qualms relating to the ethics of experimenting on developing human brains haven’t been raised.  Most scientists seem to be in accordance that this is truly an excellent opportunity to peer into an area of medicine which has up until this point been sorely missed.  Neurologist at the John Radcliffe Hospital in Oxford Dr Zameel Cader sums things up nicely with his statement: “It’s a long way from conscience or awareness or responding to the outside world. There’s always the specter of what the future might hold, but this is primitive territory.” 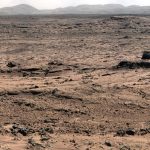 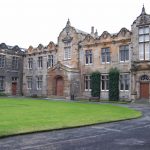