The concept of extremely large sports complexes has been with mankind since ancient times.  Take the Coliseum in Rome for instance, aka the Flavian Amphitheatre; it is perhaps one of the most well-known ancient sports venues and is considered to be the largest amphitheatre in the world.    Of course we are living in modern times now and we have our own complexes which play host to many different types of sporting events, let’s take a closer look at a few of them, shall we?

Erected in 1909, the Indianapolis motor speedway is considered to be the oldest true speedway racing track in the world.  Moreover, the IMS boasts the largest capacity of any venue in the world (right now) – 257,325 standard seating, 400,000 when you add the infield seating.  A great number of historic NASCAR and Formula One races have taken place there and it is of course the home of the Indianapolis 500.

In Yarra Park, Melbourne, Victoria sits a circular stadium that’s specifically designed to house large cricket matches.  Yes, the Melbourne Cricket ground is in fact the largest sporting venue in Australia and is also considered to be the 10th largest stadium in the world as well.  The venue itself has been open since 1854 and is currently home to the Melbourne Cricket Club.

If you assumed that the Japanese either weren’t into horse racing or didn’t have any large complexes specifically designed to host such events, well, you’d be wrong.  The Tokyo Racecourse boasts a capacity of 223,000 and is perhaps the most popular horse racing track in Japan.  Opening in 1933, the Tokyo Racecourse continues to host some of the most important horse races in Japan to this day.

Yet another Japanese racing venue that’s worth taking note of is the Suzuka International Racing Course, also simply referred to as the Suzuka Circuit.  John “Hans” Hugenholtz designed the course in 1962 as part of an effort to create a test track for Honda motors, but at some point the venue was adopted for racing purposes.  What makes this complex so interesting of course is its unique figure 8 shaped layout and use of an overpass in its design.  Additionally, the entire track can be arranged into 3 different configurations – the full circuit, Suzuka East and Suzuka West, making it a very versatile track indeed.  To date, the circuit has been altered 3 times and plays host to a number of major annual races. 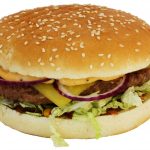 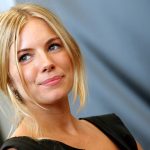