Pretty soon we might be dining on meat products that were never actually part of living animals; that is, if an upcoming event in London is any indication of the state of things.  It’s been the dream of a great number of scientists throughout the ages to figure out a way to produce synthetic foods (especially sustainable, more humane ways of delivering meat-related products, like Beef) and it looks like the dream will finally be realized this August in an invitation only event scheduled to take place in London.

The entire project is the brainchild of a mysterious unknown benefactor who put up the £216,000 required to carry out the required research.  Professor Mark Post of the University of Maastricht is the individual responsible for heading up the project, which apparently was able to harvest beef stem cells and grow them in a specially-designed substance.  In the end, you are left with developed muscle tissues which can then be used to create the burger patties.  Of course this isn’t the first example of bringing such a thing to the attention of the public.  Apparently, early 2013 also saw a “prototype”, if you will, being taste-tested, which was said to be perfectly agreeable to the taste buds.  However, this time around they included more fat content in the makeup of the tissues, so it’s expected to be even tastier.

Understandably, this breakthrough has divided a lot of people into distinctive groupings, each of them possessing specific points-of-view.  For example, there are those that feel that this is somehow unnatural or that tampering with genetics and artificial recreation of food might lead to certain unexpected negative consequences.  It’s certainly a valid point; you never know what side effects (if any) might be garnered from eating something entirely new.  Furthermore, you can’t even really compare this new artificial beef to anything that’s come before it (perhaps genetically modified vegetables, but that’s really an entirely separate field and issue).  Of course these are merely unfounded speculations, but certainly some similar thoughts are on the minds of more than a few people out there who fall into the hesitant or critical group.

As for those who are more attuned to commemorate this new breakthrough as something extremely positive (and perhaps sorely needed), the benefits are numerous.  For instance, if everything goes according to plan, it’s entirely foreseeable that we might see plants springing up which will be able to produce extremely fine and delicious cuts of (normally expensive) meats for a fraction of the cost of having to raise and slaughter animals.  Naturally, this could also have implications for solving some of the various food and hunger crises which are still going on in the world.  Then of course there’s the notion that animal cruelty might very well become a thing of the past, which would no doubt be greeted with tremendous approval by most conscious-bearing individuals and animal rights activists.  No more vegetarian guilt due to animal suffering either.   It’s a brave new world, people, and a great time to be alive. 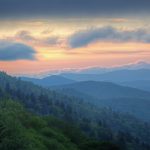 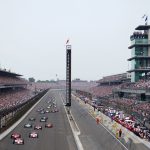